US actor Ben Stiller has described the scenes in war-torn Ukraine as “distressing”, “shocking” and on a bigger scale than any movie.

The Hollywood star told Zelensky that he was his hero, and complimented his previous acting career.

“It’s my first time coming to an area that’s in conflict,” he told the BBC.

“But it’s really strange because when you drive into the country, really in the west of the country, you don’t feel the conflict, except for the curfew at night where it gets very quiet and a little bit eerie.

“[In] Lviv, people seem to be going back to life as normal, trying to as much as possible.

“And then as you get closer and closer to Kyiv, into the east of the country, you start to see the roadblocks and see the destruction, which is really shocking when you haven’t seen anything like that up close.”

In the interview with BBC Breakfast on Tuesday, Stiller, who is known for films like There’s Something About Mary and Dodgeball, added: “I’m an actor, so the first thing I go to is like, ‘Oh, it looks like a movie’. But the scale of it is even bigger and it’s real, so that’s really distressing.”

Nato’s secretary general warned this week that the West must prepare to continue supporting Ukraine in a war lasting for years.

Stiller has been an ambassador for the United Nations High Commissioner for Refugees since 2016.

He said people in Kyiv were trying to go about their business as normally as possible, going out for dinner, for example. But the reality, he said, was that they knew the war could return their way.

‘Nobody wants to flee their home’

“The thing that gets me is these are just people like you and I who have been caught in a circumstance totally beyond their control,” he continued.

The actor and director said he had heard from mothers who, when the shelling and rocket attacks started at the beginning of the war, had been forced to flee their homes with their young families.

“One mother of two twins, who had to grab her kids and run for shelter, not even knowing where to go for shelter, they went to the basement and had to wait till the sound of the rockets had gone away and take a chance to come back up and grab their clothes and then not know where to even go for safety,” he said.

“I mean, these kinds of stories, where you just try to place yourself in that situation, [and] think, ‘What would happen if a rocket came screaming by my apartment?'” 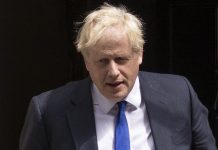 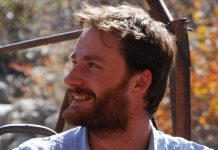 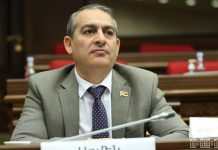 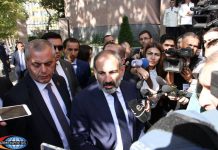 Sweden and Finland’s journey from neutral to Nato